Here’s what you need to know: AstraZeneca’s U.S. headquarters in Gaithersburg, Md.Credit...Ting Shen for The New York Times AstraZeneca reiterated on Wednesday that its Covid-19 vaccine was very effective at preventing the disease, based on more recent data than was included when the company announced the interim results of its U.S. clinical trial on Monday. The company said in a news release that its vaccine was 76 percent effective at preventing Covid-19. That is slightly lower than the efficacy number that the company announced earlier this week. The new results strengthen the scientific case for the embattled vaccine. But they may not repair the damage to AstraZeneca’s credibility after U.S. health officials and independent monitors issued an extraordinary rebuke of the company for not counting some Covid-19 cases when it announced its initial findings this week. In a news release on Wednesday, the company said complete results from its 32,000-person study showed that its vaccine was 76 percent effective. On Monday, the company said the vaccine appeared to be 79 percent effective, based on an interim look at 141 Covid-19 cases that had turned up among volunteers before Feb. 17. The latest finding was based on 190 trial participants who had gotten sick with Covid-19. AstraZeneca said on Wednesday that the vaccine was 100 percent effective in preventing severe disease and 85 percent effective in preventing Covid-19 in people over age 65. When it unveiled its interim results on Monday, AstraZeneca ignored dozens of recently confirmed Covid-19 cases that had cropped up in trial volunteers before mid-February. In a letter to the company and federal officials, the independent monitoring board that was helping oversee the clinical trial issued an unusual reprimand of AstraZeneca for appearing to cherry-pick data to make its vaccine appear more effective. “Decisions like this are what erode public trust in the scientific process,” the letter said. The members of the monitoring board wrote that their statistical modeling had found that the vaccine might have a lower efficacy rate — between 69 and 74 percent — if the Covid-19 cases in question were included in the analysis. The National Institute of Allergy and Infectious Diseases later disclosed the panel’s concerns via a public statement. It was not clear why the monitoring board’s projection turned out to be lower than the figure in AstraZeneca’s complete results. The latest results could still change because there are still 14 possible Covid-19 cases that AstraZeneca representatives have not yet classified as actual cases. Until they received the monitoring board’s letter, AstraZeneca executives weren’t aware that the panel expected them to include those cases in the results disclosed in their news release, according to a person familiar with the executives’ thinking. The dust-up over AstraZeneca’s U.S. trial results followed a safety scare in Europe that prompted more than a dozen countries to temporarily suspend use of the vaccine. Regulators in Europe said last week that a review had found the shot to be safe after a small number of people who had recently been inoculated developed blood clots and abnormal bleeding. The U.S. trial did not turn up any signs of such safety problems. People in their cars line up at a mass vaccination stadium site in Glendale, Ariz., in January.Credit...Juan Arredondo for The New York Times The push to get Americans vaccinated has picked up momentum in recent days. Governors and public health officials in more than 40 states have said they will meet or beat President Biden’s goal of making every adult eligible for a vaccine by May 1, and at least 30 states plan to start universal eligibility in March or April. “Everybody in the state vaccinated, that ought to be our goal,” said Gov. Jim Justice of West Virginia, one of five states where everyone 16 and older is already eligible. “I know we’re not going to be able to attain that goal, but we’re going to absolutely be close and that’s what we need to continue to do.” In Arizona, everyone 16 and older became eligible this week at state-run sites. In Tennessee, universal eligibility was set for April 5. In New Jersey, officials said they expected to meet Mr. Biden’s May 1 goal. On Tuesday, Texas, Indiana and Georgia announced universal eligibility dates for late March. On Wednesday, Louisiana and Idaho each moved up the date in their states that eligibility would be expanded to those 16 and older. Louisiana set it to Monday and Idaho to April 5. Officials in some other states, including Alabama and Minnesota, have said they expect to meet the president’s May deadline, but have not given exact dates for the eligibility expansions. Gov. Andrew M. Cuomo of New York has not yet laid out a timeline for opening vaccine eligibility to all adults, saying Wednesday he instead preferred to gradually lower the age threshold for vaccination based on the supply of vaccines 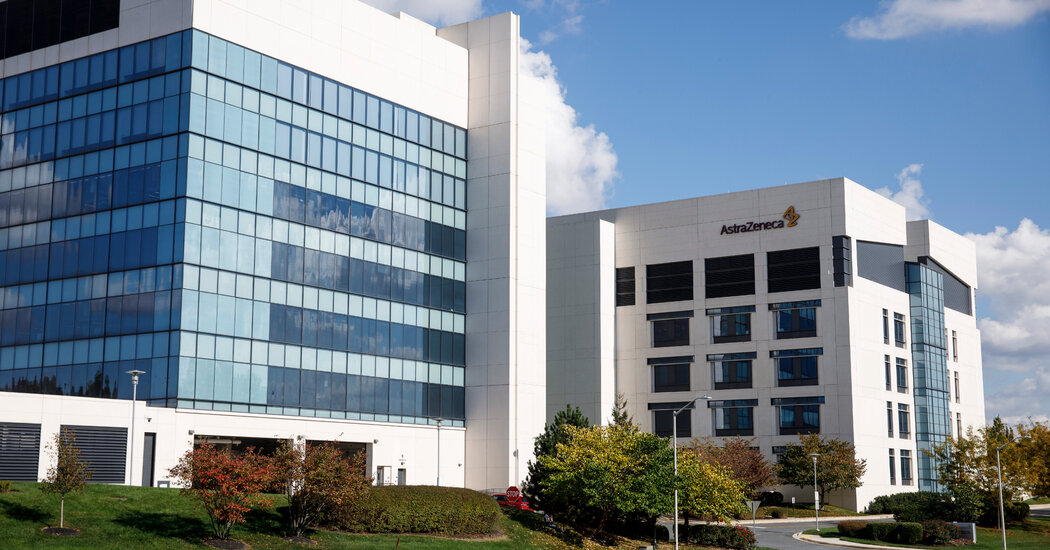 National Guard Deployment at the Capitol Riot Was Delayed...

Citing those revisions, Senator Tom Cotton, Republican of Arkansas, said he would...

Verizon Will Sell Yahoo and AOL for $5 Billion

Here’s what you need to know: Former President Donald J. Trump has continued to...

A new report by the Capitol Police’s internal watchdog found that department leaders...

For Democrats, Another Bad Election Night in Texas

AUSTIN, Texas — Democrats hoping for some encouraging signs in Texas did not find...

Supreme Court to Hear Cases on Abortion Referrals and Immigration

WASHINGTON — The Supreme Court agreed on Monday to rule on two Trump administration...

Republicans Target Voter Access in Texas Cities, but Not...

HOUSTON — Voting in the 2020 election presented Zoe Douglas with a difficult choice:...

WASHINGTON — When Representative Deb Haaland was tapped in December to be President...