Here’s what you need to know: Vaccines were given out Thursday, mostly to the elderly, at a community center in the Bronx. Credit...James Estrin/The New York Times Just as vaccine distribution was beginning to gather steam in the United States, brutal winter weather is delaying the delivery of hundreds of thousands of doses across the country. Earlier this week, the Centers for Disease Control and Prevention projected “widespread delays” in vaccine shipments and deliveries because of weather affecting a FedEx facility in Memphis and a UPS facility in Louisville, both vaccine shipping hubs. Now those projections appear to be coming true. Shipment delays have been reported in California, Colorado, Florida, Illinois, Nevada, New Jersey, Ohio, Utah, Washington and Oregon, among other states, forcing vaccine sites to temporarily shutter and coveted appointments to be rescheduled. In Texas, where millions of residents lost power during this week’s powerful storm, a delivery of more than 400,000 first doses and 330,000 second doses was delayed in anticipation of the bad weather. A portion of those shots, roughly 35,000 doses of Pfizer’s vaccine, were sent to North Texas providers on Wednesday, but shipments will continue to depend on safety conditions. Chris Van Deusen, a spokesman for the Texas Department of State Health Services, said Thursday that the state was “asking providers that aren’t able to store vaccine due to power outages to transfer it elsewhere or administer it so it doesn’t spoil.” On Monday, health officials in Texas scrambled to get more than 5,000 shots into arms after a power outage in a storage facility where they were being kept. But Mr. Van Deusen said that “reports of vaccine spoiling have been minimal.” The Houston Health Department said Thursday it would restart vaccinations for second doses this weekend, and schedule additional first and second dose appointments next week. The Federal Emergency Management Agency said more than 2,000 vaccine sites are in areas with power outages. In New York City, Mayor Bill de Blasio said at a news conference on Thursday that “a vast majority of the resupply we expected for this week has not shipped from the factories yet.” The city has had to hold off on scheduling upward of 35,000 appointments for first vaccine doses because of shipment delays and vaccine shortages. The opening of two new distribution sites was also postponed. In Los Angeles, the city said that appointments for about 12,500 will be delayed. Gov. Ron DeSantis of Florida said that while 136,000 Pfizer doses had arrived this week, the state had still not received its shipment for the week of 200,000 Moderna doses. He said the shipment could be delayed as late as Monday. “Because the storms we are seeing in the rest of the country, it’s basically sitting in the FedEx warehouse — and I don’t think they can even get into it because of everything,” Mr. DeSantis said at a news conference Thursday, encouraging those who had appointments rescheduled to “hang in there, the doses are going to get here.” Dr. Anthony S. Fauci, the nation’s top infectious disease expert, called the weather delay “significant.” “Well, obviously it’s an issue,” he told MSNBC on Thursday. “It’s been slowed down in some places, going to a grinding halt.” Dr. Fauci said, “We’re just going to have to make up for it as soon as the weather lifts a bit, the ice melts and we can get the trucks out and the people out. We’re going to just have to make up for it, namely do double time when this thing clears up.” Jennifer Psaki, the White House press secretary, said that the Biden administration was working closely with manufacturing and shipping partners to assess weather conditions, and that it would have more updates on delivery issues on Friday. As of Thursday, the C.D.C. said about 41 million people have received at least one dose of a Covid-19 vaccine, including about 16.2 million people who have been fully vaccinated. After taking office, President Biden directed federal agencies to come up with “a framework for donating surplus vaccines, once there is sufficient supply in the United States, to countries in need.”Credit...Oliver Contreras for The New York Times An international effort to speed up the manufacture and distribution of coronavirus vaccines around the globe got a boost Thursday on two fronts: White House officials said the Biden administration would make good on a U.S. promise to donate $4 billion to the campaign over the next two years and the pharmaceutical company Novavax committed to eventually sell 1.1 billion doses of its vaccine. President Biden will make his announcement on Friday during a virtual meeting with other leaders from the Group of 7, where he is also expected to call on other countries to step up their contributions. The $4 billion was approved last year by a Republican-led Senate when President Donald J. Trump was still in office. Public health experts often say that unl 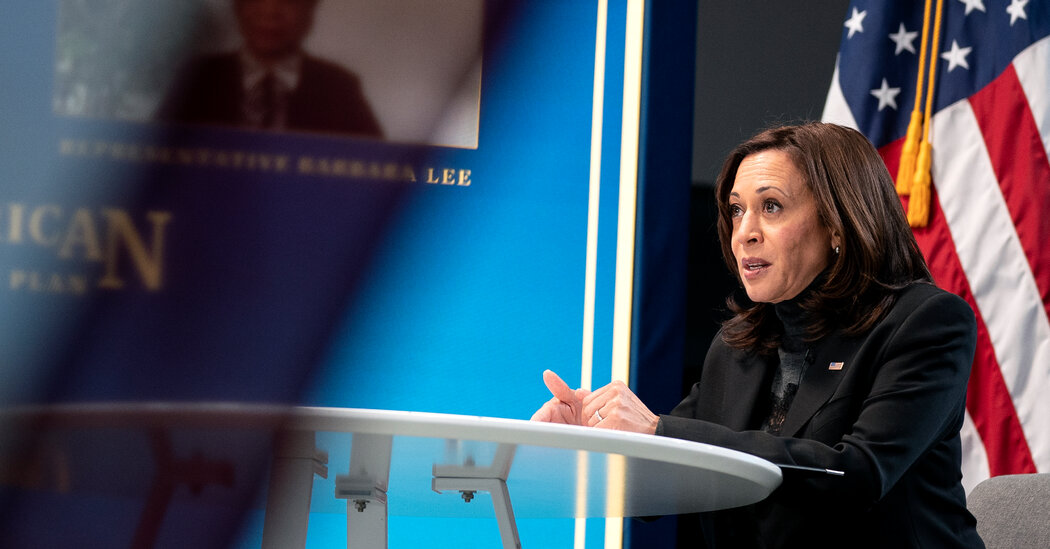 Biden, Champion of Middle Class, Comes to Aid the Poor

Why Black Women Are Rejecting Hospitals in Search of Better...

Asian-Americans Are Being Attacked. Why Are Hate Crime...

U.S. Could Soon Have a Glut of Vaccine Doses

A Year of Hardship, Helped and Hindered by Washington

WASHINGTON — The White House announced on Friday that President Biden would limit...

Father and Son Abducted in Mexico Are Allowed into the...

A father and son who were kidnapped while waiting in Mexico under a Trump-era policy...

When Bitcoin burst onto the scene in 2009, fans heralded the cryptocurrency as a...

How Do Virus Variants Get Their Names?

A Home Buyers’ Bonanza in Manhattan

But there are differences, as well. Unlike in the last collapse, in 2008, lenders...

The country is a study in contrasts. New Jersey, New York, Connecticut, and other...

Adding to the complexity is the fact that even if every adult in a home gets vaccinated,...

They Set Aside Money for Their Commutes. Now They Can’t...

Any bit of savings helped when Eileen Damore was spending more than $400 a month...