Here’s what you need to know: Raymundo Armagnac a teacher in Gardena, Calif., fills out forms before getting his first dose of the Moderna vaccine, in Los Angeles on Wednesday. The governor said he would set aside 75,000 doses weekly for educators planning to return to public school campuses in person.Credit...Dean Musgrove/The Orange County Register, via Associated Press Under pressure to reopen classrooms in California, Gov. Gavin Newsom said on Friday that, starting March 1, the state will reserve 10 percent of its first doses of Covid-19 vaccines for teachers and school employees. Noting that the federal government has been steadily increasing the state’s vaccine allotment, the governor said he would set aside 75,000 doses each week for teachers and staff planning to return to public school campuses in person. Although California prioritizes teachers for the vaccine, supply has been an issue. Only about three dozen of the state’s 58 counties have had enough doses on hand to immunize those who work at public schools. Most of California’s large school districts — including those in Los Angeles, San Diego and San Francisco — have been operating remotely for the majority of students for almost a year. Mr. Newsom said reopening schools would be particularly important for single parents whose children have been learning from home. As big school districts up and down the West Coast have mostly kept their buildings closed, Boston, New York, Miami, Houston and Chicago have been resuming in-person instruction. New guidelines from the Centers for Disease Control and Prevention that urge school districts to reopen have not changed the minds of powerful teachers’ unions opposed to returning students to classrooms without more stringent precautions. In Oregon, the governor prioritized teachers and school staff members for vaccination — ahead of some older people, which went against C.D.C. guidelines. Mr. Newsom’s announcement was aimed at appeasing California’s teachers’ unions, which have demanded vaccination as a condition of returning to what they regard as a potentially hazardous workplace. The California Teachers Association this week began airing statewide television ads noting that the coronavirus is still a threat and demanding that the state not reopen classrooms without putting safety first. The governor, who faces a recall effort over the state’s lockdowns, was also responding to fellow Democrats who control the Legislature and who on Thursday introduced a fast-track bill to reopen schools by April 15, using prioritized vaccines for teachers and hefty financial incentives. The legislative plan calls for spending $12.6 billion in state and federal funding to help districts cover reopening costs, summer school, extended days and other measures to address learning loss. It largely aligns with the priorities of the unions, and state lawmakers said they expect it to pass swiftly. On Friday, Mr. Newsom said he was very pleased with the plan but felt it didn’t push districts to open fast enough, and threatened to veto the bill if it passes. “April 15!” he exclaimed. “That’s almost the end of the school year.” The governor also noted that the Centers for Disease Control and Prevention recently issued new guidelines saying that teacher vaccination need not be a prerequisite to reopening schools, as long as other health measures were enforced. In New Hampshire, Gov. Chris Sununu, a Republican, issued an emergency order on Friday requiring schools to offer in-person instruction to all students starting March 8. “The data and science is clear — kids can and should learn in-person, and it is safe to do so,” said Mr. Sununu in a statement. “I would like to thank all school districts, teachers and administrators who have been able to successfully navigate this path.” Pfizer-BioNTech vaccine in Phoenix.Credit...Adriana Zehbrauskas for The New York Times Two positive developments this week could potentially expand access to the Pfizer-BioNTech Covid-19 vaccine at a time when nations around the world are trying to ramp up vaccinations. A study in Israel showed that the vaccine is robustly effective after the first shot, echoing what other research has shown for the AstraZeneca vaccine and raising the possibility that regulators in some countries could authorize delaying a second dose instead of giving both on the strict schedule of three weeks apart as tested in clinical trials. Although regulators in the United States have held fast to the requirement that people receive two doses of the Pfizer-BioNTech vaccine three weeks apart, the British government decided to prioritize giving as many people as possible an initial dose, allowing delays of up to 12 weeks before the second dose. The Israeli study could bolster arguments for emulating that approach in other countries. Published in The Lancet on Thursday and drawing from a group of 9,100 Israeli health care workers, the study showed that Pfizer’s vacci 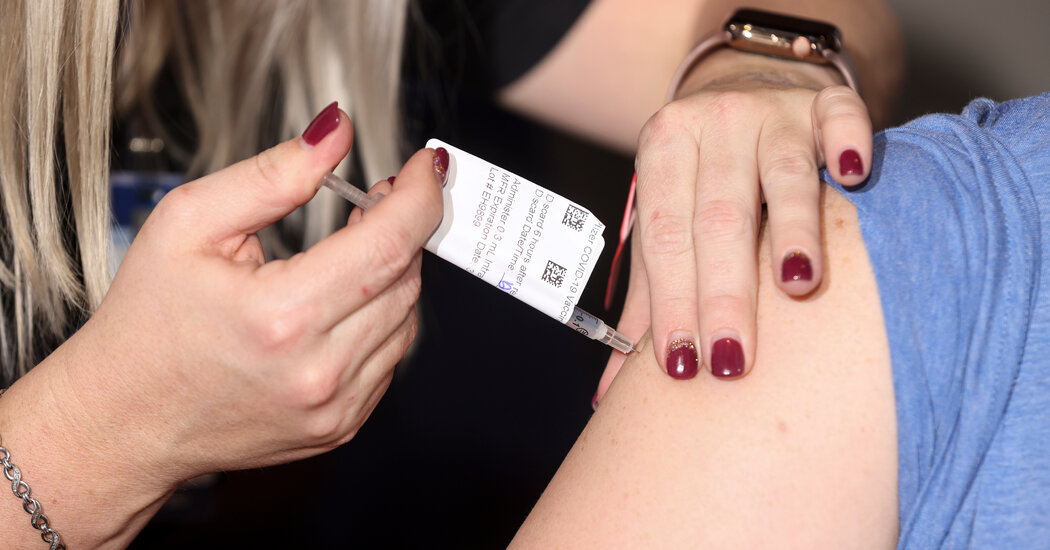 Biden Tells Allies ‘America Is Back,’ but Macron and Merkel Push Back

Daniel Prude&#039;s Case and Death: What We Know

Why Are There Oxygen Shortages for Covid Patients Around...

The latest horror of the pandemic is that large numbers of people around the world...

How The Capitol Rioters Are Facing the Consequences of...

Mr. Biggs’s activities that day were chronicled at length by himself and others....

A white Massachusetts police officer will face criminal charges in connection with...

Russia Will Expel 10 Diplomats in Retaliation for Sanctions

MOSCOW — The Russian government will expel 10 American diplomats and threatened...

Andrew Cuomo Is Under Fire. Can He Be Defeated?

As Gov. Andrew M. Cuomo confronts one of the most seemingly perilous moments in...

Here’s what you need to know: Children wearing masks with the face of Prime Minister...

Severe Covid Is More Often Fatal in Africa Than in Other...

People in Africa who become critically ill from Covid-19 are more likely to die...

“When they do,” she added, “they are gone forever.” Republicans made it clear they...

With a Big Tax Break, Hong Kong Tries to Soothe the Rich

HONG KONG — Political opposition has been quashed. Free speech has been stifled....