Here’s what you need to know: An empty Montmartre district in Paris last April. The European Union hopes to restore the summer tourism market this year.Credit...Andrea Mantovani for The New York Times The European Union proposed a Covid-19 certificate on Wednesday that would allow people to travel more freely, a move aimed at saving the summer tourist season for member states that depend on it economically. The proposed document, known as a Digital Green Certificate, would allow residents of member nations to travel at will within the bloc if they have proof of Covid-19 vaccination, a negative test result or a documented recovery from the coronavirus. The certificates would be free and would be available in digital or paper format. “The Digital Green Certificate will not be a precondition to free movement, and it will not discriminate in any way,” said Didier Reynders, the bloc’s top official for justice, adding that the aim was to “gradually restore free movement within the E.U. and avoid fragmentation.” Freedom of movement is a cornerstone of the bloc, but travel restrictions are traditionally under the purview of national governments. The commission’s plan is a bid to coordinate what has become a patchwork of national measures that are hindering travel within the bloc. Under the proposed rules, national governments could decide which travel restrictions, such as obligatory quarantine, would be lifted for certificate holders. The proposals, which require approval by the European Parliament and the majority of member states, come as many European countries are experiencing a third wave of infections and an inoculation effort that has been slowed by doubts over AstraZeneca’s coronavirus vaccine. Several countries have suspended use of the vaccine at least temporarily, confusing citizens and possibly increasing resistance to vaccinations. The hope is to make the certificates operational by mid-June in order to salvage the summer season. Just under 10 percent of European Union residents have been vaccinated, leaving the bloc far behind Britain and the United States. As the European Union was offering its proposal to allow greater freedom of movement, Kwasi Kwarteng, the British business secretary, said the government was continuing to look at ways that would allow people to travel. “We are having conversations all the time about what the next steps should be,” he told the BBC, adding that the government was stressing on the importance of allowing people to travel safely. An earlier version of this item misstated where the Digital Green Certificate would be valid. The document would be used for travel in all European Union member countries, not in all countries of the border-free Schengen area, which excludes some E.U. members and includes some nonmembers. Waiting for the results of coronavirus rapid tests taken in a van earlier this month in New York City.Credit...Eduardo Munoz/Reuters As Americans celebrate a slowing spread of the coronavirus, including in many former hot spots in the South and the Midwest, trends in the Northeast have experts and public officials on edge. In New York and New Jersey, new cases per capita are at least double the national average. New cases rates are raising concern in Rhode Island, Massachusetts and Connecticut, as well. And, as of last week, a variant of the virus that was first detected in New York City recently as been making up a growing proportion of new cases there. The new variants have most likely undercut the city’s efforts to lower the rate of positive test results, city health officials said this week, though they added that the city’s strategy for curbing the spread of the virus has not changed. Despite expansive vaccination efforts, the citywide seven-day average rate of positive test results has not been able to dip below six percent in months, according to city data. Still, officials have noted improvements in the trajectory of cases, hospitalizations and deaths. As of Tuesday, New York State was reporting a seven-day average of 35 new virus cases a day for every 100,000 residents, according to a New York Times database, trailing only New Jersey, at 41 cases per 100,000. (The nation as a whole was averaging 17 new cases per 100,000 people.) New York City, at 44 cases per 100,000, is adding new cases at a per capita rate more than five times higher than that of Los Angeles County. Dr. David Cennimo, an infectious disease expert at Rutgers New Jersey Medical School, said a scarcity of data had prevented researchers from definitively linking the trends in the Northeast to the variant first detected in New York City, called B.1.526. “The U.S. is very limited right now in its sequencing data,” he said. “We really are flying blind.” The cause for the Northeast’s troubles not entirely unclear, but it most likely results from a combination of factors, said Dr. Stephen J. Thomas, Upstate Medical University’s chief of infectious disease. While varian 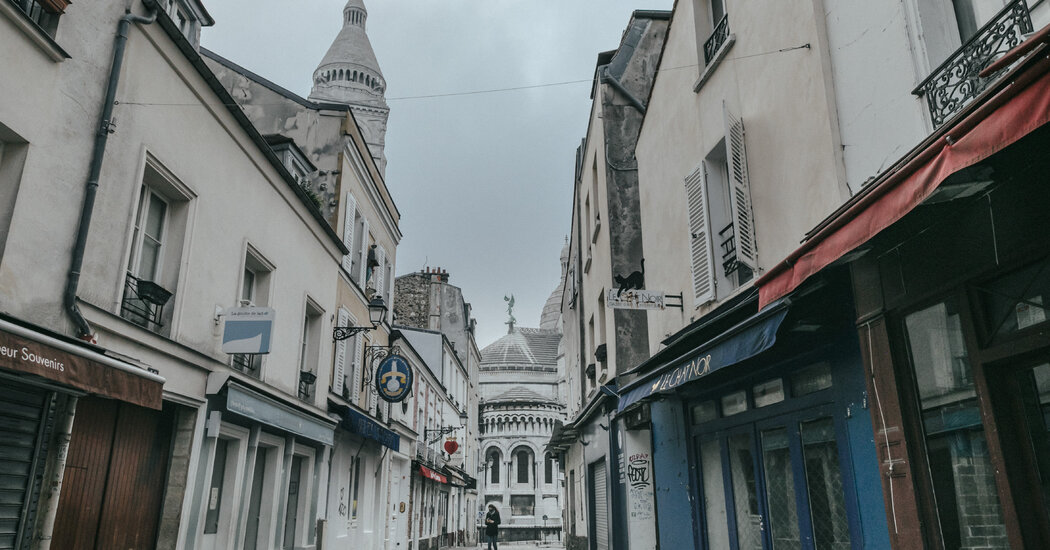 For Them, NYC Will Never Be The Same

Biden Declares ‘America Is Back’ on International Stage

Where Europe Went Wrong in Its Vaccine Rollout, and Why

Among those continuing to push for her confirmation is Mr. Klain, who said on MSNBC...

The Promise and Pressures of Deb Haaland, the First Native...

HOUSTON — The operator of the largest petroleum pipeline between Texas and New York,...

An Immigrant Family Caught Up in a Distinctly American...

On a now-deactivated Facebook page, Mr. Alissa said he had moved to the United States...

‘I Have No Idea Where My Daughter Is’: Migrant Parents...

Many parents already had undergone weeks of anxiety as their children undertook...

After Pandemic, Shrinking Need for Office Space Could Crush...

Roughly 17.3 percent of all office space in Manhattan is available for lease, the...

Despair Deepens for Young People as Pandemic Drags On

The situation was so serious, he said, that his team did not send children home...

For Bears, California Recalls Are the Perfect Circus

SACRAMENTO — He was new to politics but a working actor who has shared the screen...

The proposed changes to the stimulus payments and jobless aid were two more blows...