House passes bill to give Dreamers and other undocumented immigrants a path to citizenship, over G.O.P. opposition.

Here’s what you need to know: A rally in San Diego in support of the Supreme Court's ruling in favor of the Deferred Action for Childhood Arrivals program.Credit...Sandy Huffaker/Agence France-Presse — Getty Images The Democratic-led House voted on Thursday to create a path to citizenship for millions of undocumented immigrants, reopening a politically fraught debate over the nation’s broken immigration system just as President Biden confronts a growing surge of migrants at the border. In a near party-line vote of 228 to 197, with just nine Republicans joining Democrats, the House moved to set up a permanent legal pathway for roughly 2.5 million undocumented immigrants, including those brought to the United States as children — known as Dreamers — and those granted Temporary Protected Status for humanitarian reasons. They were expected to approve a second measure later, with more bipartisan backing, that would grant legal status to close to a million farmworkers and their families while updating a key agricultural visa program. The votes were significant milestones for the Dreamers and other activists who have waged a decade-long campaign, often at great personal risk, to bring the 11 million undocumented immigrants living in the United States without permanent legal status out of the shadows. Dreamers, those who have T.P.S. and agricultural workers have in many cases lived in the United States for long periods, and measures to normalize their status have broad public support. In moving swiftly to consider both bills, House leaders wagered that singling out relatively narrow but publicly popular immigration fixes could shake up a deadlocked policy debate after years of failed attempts at more comprehensive immigration legislation, and deliver for a key constituency. “This House has another chance to pass H.R. 6 and once and for all end the fear and uncertainty that have plagued the life of America’s Dreamers, who have become an integral part of the fabric of American society,” Representative Lucille Roybal-Allard, Democrat of California and an author of the Dreamer bill, said during a hard-fought debate inside the Capitol. “It is an issue about who we are as Americans.” But after colliding with a wave of hardened Republican opposition in the House, the bills face steep odds in the evenly divided Senate. While some Republicans there have pledged support for Dreamers in the past, their party is increasingly uniting behind a hard-line strategy to block any new immigration law as it seeks to use the worsening situation at the border as a political cudgel against Mr. Biden and Democrats. “There is no pathway for anything right now,” Senator Lindsey Graham, Republican of South Carolina and a key player in past bipartisan immigration pushes, said this week. That means the immigration measures will join a growing pile of liberal agenda items, as well as broadly supported measures on pressing national challenges, that have passed the House but are destined to languish or die because of Republican opposition in the Senate. They include a landmark expansion of voting rights, new gun control measures, the most significant pro-labor legislation in decades and the Equality Act for L.G.B.T.Q. people. Democrats in favor of eliminating or altering the filibuster believe the accumulating pressure could help break the dam in the months ahead, allowing them to change Senate rules to do away with the 60-vote requirement and let legislation pass with a simple majority. A member of the Yakima Nation accepting a food giveaway in Wapato, Wash., in July.Credit...Mason Trinca for The New York Times After a year that provided stark new evidence of how racial inequities and a lack of federal funding had left tribal communities and Indigenous people especially vulnerable to crises like the pandemic, President Biden and Democrats in Congress are seeking to address those longstanding issues with a huge infusion of federal aid. The $1.9 trillion stimulus package signed into law last week by Mr. Biden contains more than $31 billion for tribal governments and other federal programs to help Native populations, a record level of assistance intended to help strengthen health care and a variety of other services in some of the nation’s poorest communities. The money is a crucial plank of Mr. Biden’s vow to address racial and economic inequities and is a potentially transformative lifeline for tribes, who were among the hardest hit by the spread of the coronavirus. It is also a high-profile step toward more equitable treatment after centuries of treaty violations and failures by the federal government to live up to its obligations. Mr. Biden signed the law last Thursday, and on Monday the Senate confirmed Deb Haaland, who had been representing New Mexico in the House, as interior secretary, making her the first Native American woman to serve in a cabinet. The new legislation, passed without a single Republican vote, allocates 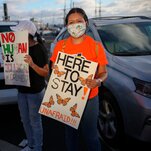 Asian-American Lawmakers Call Out Racist Language: ‘I Am Not a Virus’

How Racism and Sexism Intertwine to Torment Asian-American Women

The Financial Crisis the World Forgot

How Mutual Aid Groups Are Trying to Provide a Covid Safety...

In Oprah Interview, Meghan Says Life as Royal Made Her...

Roy Blunt of Missouri, No. 4 Senate Republican, Plans to...

Ford Will Transition to Solely Electric Cars in Europe

Authorities Seek a Motive in the Boulder Mass Shooting

Here’s what you need to know: A memorial was erected near the police barricades...

ALBANY, N.Y. — Albany Police Department officials said on Thursday that they had...

Money Rolls In Before 2018, Mr. Robinson had mostly relied on small donations from...

When it became clear there would be little progress, “We had to go looking,” he...

What We Learned About the Capitol Riots From the Impeachment...

The pure savagery of the mob that rampaged through the Capitol that day was breathtaking,...

Chevron Lobbies to Head Off New Sanctions on Myanmar

California Sets a Date to Fully Reopen, if All Goes Well

Here’s what you need to know: People shop at The Original Farmers Market in Los...

The Economy Is (Almost) Back. It Is Looking Different Than...

The housing sector is experiencing nearly as big a surge. Residential investment...

What Teenagers Have Learned From a Tumultuous Time in Politics

For American teenagers, their political coming of age has been a tumultuous one....

Sports Meant So Much to Me. Why Wouldn’t My Son Play?

The next thing to learn is that you skate on your edges, shifting from the inside...