Here’s what you need to know: An Emergent BioSolutions lab in Baltimore.Credit...Michael Robinson Chavez/The Washington Post, via Getty Images Workers at a Baltimore plant manufacturing two coronavirus vaccines accidentally conflated the vaccines’ ingredients several weeks ago, ruining up to 15 million doses of Johnson & Johnson’s vaccine and forcing regulators to delay authorization of the plant’s production lines. The plant is run by Emergent BioSolutions, a manufacturing partner to both Johnson & Johnson and AstraZeneca. Federal officials attributed the mistake to human error. The mixup has delayed future shipments of Johnson & Johnson doses in the United States while the Food and Drug Administration investigates. Johnson & Johnson has moved to strengthen its control over Emergent BioSolutions’ work to avoid further quality lapses. The mistake is a major embarrassment for Johnson & Johnson, whose one-dose vaccine has been credited with speeding up the national immunization program. It does not affect Johnson & Johnson doses that are currently being delivered and used nationwide. All those doses were produced in the Netherlands, where operations have been fully approved by federal regulators. But all further shipments of the Johnson & Johnson vaccine — projected to total tens of millions of doses in the next month — were supposed to come from the massive Baltimore plant. Those shipments are now in question while the quality control issues are sorted out, according to people familiar with the matter. Federal officials still expect to have enough doses to meet President Biden’s commitment to provide enough vaccine by the end of May to immunize every adult. The two other federally authorized manufacturers, Pfizer-BioNTech and Moderna, are continuing to deliver as expected. Pfizer is shipping its doses ahead of schedule, and Moderna is on the verge of winning approval to deliver vials of vaccine packed with up to 15 doses instead of 10, further boosting the nation’s stock. Paris on Wednesday night, after the curfew took effect. Dog-walking is an exception.Credit...James Hill for The New York Times PARIS — After more than a year of lockdowns and months of sputtering vaccination campaigns, Europe’s efforts to curb the coronavirus pandemic entered yet another difficult chapter Wednesday when President Emmanuel Macron of France announced a new set of restrictive measures in a desperate move to halt a deadly wave of infections. The move imposed a third national lockdown, which Mr. Macron had long tried to avoid. Even so, the measures are not as strict as the national lockdown of a year ago, which kept most people indoors. Schools and nonessential businesses will be closed across the country, travel between regions will be banned, and peoples’ outdoor activities will be limited to places within six miles of home, Mr. Macron said. University students would still be allowed to attend classes one day a week. With infections surging, hospitals crowded with patients and the virus now reaching into classrooms, Mr. Macron abandoned a gamble in which he kept France mainly open in the hope that a steady pace of vaccinations would make a lockdown unnecessary. As the tally of coronavirus deaths relentlessly pushed close to the 100,000 mark, Mr. Macron effectively gave in to scientists and opposition politicians who have been pressing in recent weeks for a new lockdown, and added France to the list of European nations that are hunkering down again. Many of them have introduced new lockdowns in response to a wave of new cases that a slow vaccine rollout has failed to stem. The new national restrictions take effect Saturday and will last four weeks, Mr. Macron said, adding that people who wanted to isolate themselves in a different region than where they live could still travel over the weekend to get there. France reported on Tuesday that for the first time since last April, there were more than 5,000 people in the country’s intensive care units. France has been averaging about 37,000 new cases a day over the past week. “The outlook is worse than frightening,” Jean-Michel Constantin, the head of the intensive care unit at the Pitié-Salpêtrière hospital in Paris, told RMC radio on Monday. “We’re already at the level of the second wave, and we’re quickly getting close to the threshold of the first wave,” he said. “April is going to be dreadful.” New restrictions on the regional level were introduced earlier this month, which did not stop new case reports from stubbornly rising. Pressure had been building on Mr. Macron to implement tougher measures. The steps he announced on Wednesday extend the regional restrictions nationwide. Mr. Macron’s strategy of resisting a new lockdown seemed to be working until mid-March, when new cases rose sharply while the vaccination campaign stagnated, in part because of disarray of the rollout of the AstraZeneca vaccine. Mr. Macron’s political opponents and some scientists said 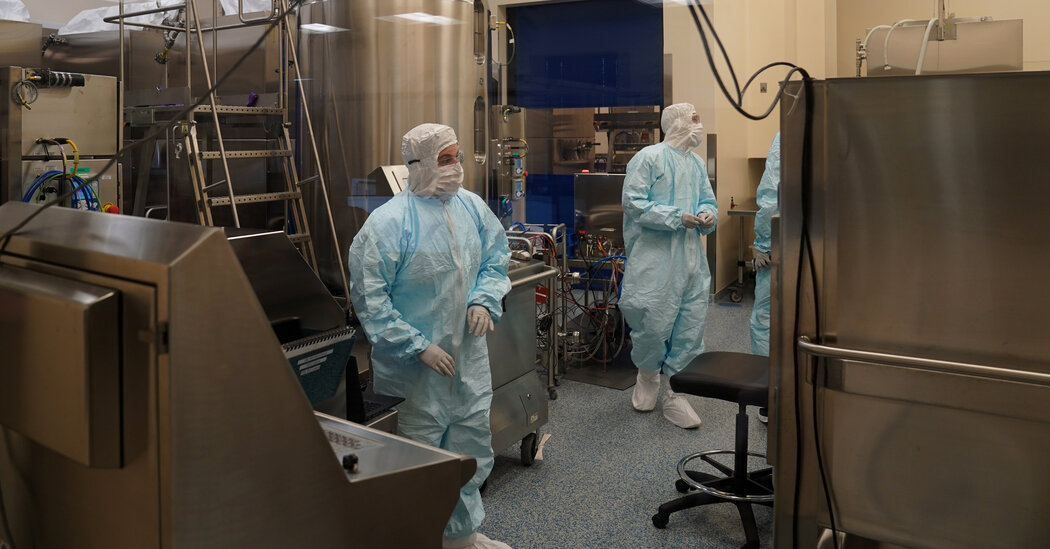 Germany, Once a Model, Is Swamped Like Everyone Else by...

How U.S. Ratings of Nursing Homes Mislead the Public

Cuomo Lashes Out at Critics As Outcry Over Nursing Homes...

The 2021 Kentucky Derby winner, Medina Spirit, failed a drug test after the race,...

In a First, Uber Agrees to Classify British Drivers as...

LONDON — For years, Uber has successfully deployed armies of lawyers and lobbyists...

Here’s what you need to know: A man who died of Covid-19 is cremated in New Delhi...

Repairing Generations of Trauma, One Lotus Flower at a...

It is one of the oldest religious symbols: the lotus flower, blooming out of muddy...

How the Pennsylvania GOP is Trying to Increase Their Control...

She added, “It is way too much control for one branch to have over another branch,...

Simon & Schuster said late Thursday night that it had scrapped plans to distribute...

How a Senate Ruling Could Help Push Biden’s Agenda Through...

It would be a way to bypass what Biden aides worried would be entrenched Republican...

The Push to Vaccinate 20,000 Holocaust Survivors in New...

A year spent hiding at home from the coronavirus has given Anne Bertolino, 96, a...

Eight coaches of a Lahore-bound train derailed in southern Pakistan on Sunday, killing...

Where Virus Surged in Northeast U.S., Shots Rise and Cases...

Here’s what you need to know: A vaccination site at Central Falls High School in...